×
Home » You Can Use Costco Cakes To Make The Wedding Cake of Your Dreams, and it’s Cheap!
3shares

I’ve never had a real wedding. My first marriage was in the office (judges chamber) of a Judge named Tex, at the local courthouse where I lived. It was over just as fast as that marriage.

This go around, we are actually “common law” married, but we’ve talked about having a ceremony just for the fun of it. I mean it has been over 17 years, but it would be fun. Saying all of that just to get to the point that I am cheap.

I see people spend so much money on weddings and I am always wondering why? Can’t y’all just do a potluck or something? Seriously though, you can totally pull off a wedding on a budget. There are all sorts of ways to bring the costs down.

Right now though, we are going to focus on the cake. I did a little research via my best friend Google and learned that a wedding cake can cost between $125 and $700! The average price spent seems to be about $350!

Now, I know there is a ton of skill that goes into making fancy cakes and I lack those skills. I do believe that those professionals deserve every dollar that they make, and if I was able to afford it, I would totally be ok spending money that way. So, huge props to the skilled bakers!

But the thought of spending that much money makes me cringe…I mean I once bought a Jeep for $700 and drove it for years and years, man I miss that Jeep. I can not imagine spending that on a cake that will last for just an hour or so.

There are solutions! So, you could bake the cakes yourself, or you could do what these people did. They bought two $18.99 sheet cakes from Costco with cream cheese filling. They then took those cakes and cut them down to build a tiered cake.

They took the squares and stacked them, then re-iced the cake and added fresh flowers and greenery to it. The results are absolutely stunning and I think you’ll agree! Check it out! This cost them about $50!

My most liked picture! Swipe to see other pictures from the wedding on a budget! My brother and my whole family are very hands on DIY and save money wherever we can. Jeremy and Gosia love to travel (they met while touring Chernobyl!) and wanted to save for their honeymoon (they ended up honeymooning in Rome!) and not spend too much on a wedding. Their flower budget was zero. Their cake budget was “let’s make cupcakes and freeze for the wedding”. Two weeks before the wedding, they handed the wedding coordinator position over to me. With my moms help, we bought a few things from @hobbylobby and used a few things I had in my decor closet in order to bring my vision of a rustic wedding reception to life. My parents have bees and sell honey so we had a ton of mason jars we were also able to use for center pieces. We picked wildflowers on the side of the road, flowers and rosemary from my mom’s garden, and we literally stopped at @traderjoes on our way to the reception venue, @shadysprings to decorate the day before the wedding. I bought flowers for all the bouquets, mason jars for 24 tables, hair flowers, and cake. Trader Joe’s even gave me some greenery that looked a little wilted but I still thought looked pretty. And the cake…I was able to talk my brother into just “getting Costco cakes and throw some real flowers on it”. They ordered two of the $18.99 sheet cakes with cream cheese filling and picked up on the way to the venue before the rehearsal dinner. With the help of Gosia’s brother-in-law, @chefjwarley (who happens to be a chef in England), the cakes were cut into tiered squares, stacked, re-iced, and arranged a few of the real flowers from the piles of flowers used for decorating (About $10 worth). All displayed on a rustic looking cake stand made with supplies from Hobby Lobby. Oh and should I mention they did not hire a DJ and used Spotify on an IPad for the music for dancing? It really was a beautiful reception on a budget! Cake tutorial coming as soon as we get back from vacay! 🙌🏼 #costco #costcofinds #hobbylobbyaddict #hobbylobbyfarmhouse #hobbylobbylove #costcodoesitagain #costcocake

I don’t see why you couldn’t do the same sort of thing with some round cakes of different sizes as well! There are so many ways you could bring the costs of a wedding down, by bringing the food costs down. Don’t forget to check out these other cake hacks! Or maybe you want to just serve cupcakes at your wedding? Here is a way to make gourmet tasting cupcakes from a box cake mix!

Previous Post: « How to Hard Boil Eggs in An Instant Pot
Next Post: How To Make Walking Tacos » 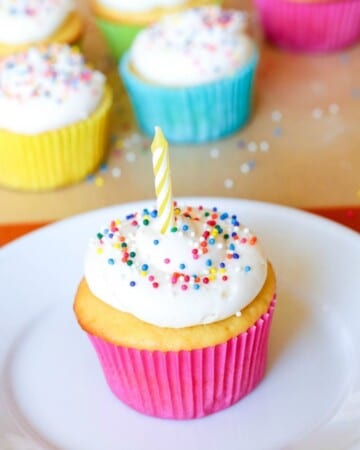 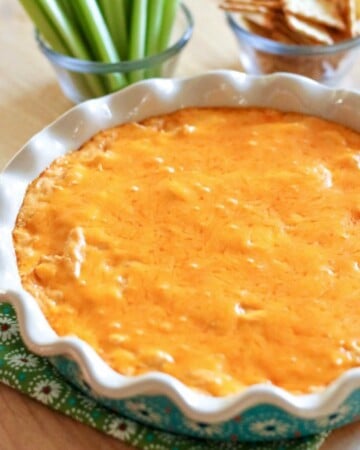 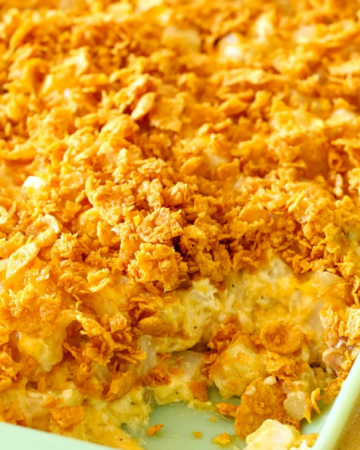 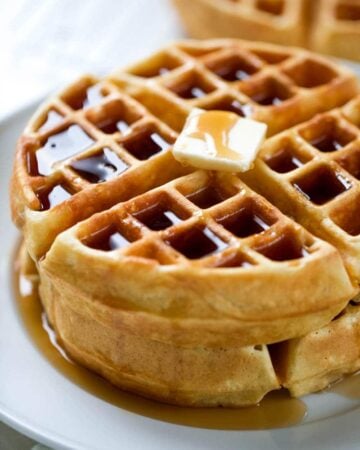 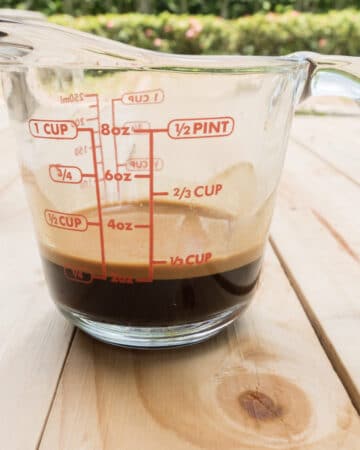 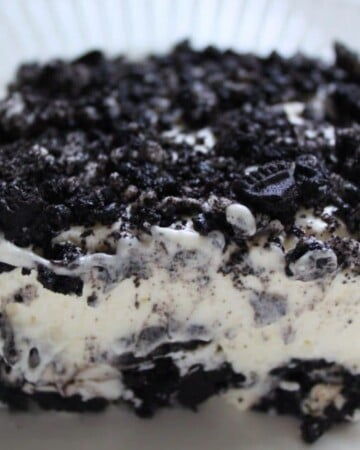